TOHO International, TOHO‘s U.S.-based subsidiary, appointed former Crunchyroll executives Kristin Parcell as general manager and Stacy Burt as director of marketing. The two will focus on building an e-commerce platform catered to fandom for TOHO‘s Godzilla franchise, including its anime. The new platform will feature existing products and exclusives, and TOHO is planning to expand it to other properties in the near future. The platform is scheduled to launch in 2023.

Parcell will also lead licensing for merchandise, video games, and live events. TOHO will be actively collaborating with partners on managing licensing rights across all of its intellectual properties.

Parcell was previously vice president of e-commerce at Crunchyroll. She has also worked in licensing for Netflix, Sega of America, and Viz Media. She started her career in music at ARTISTdirect. 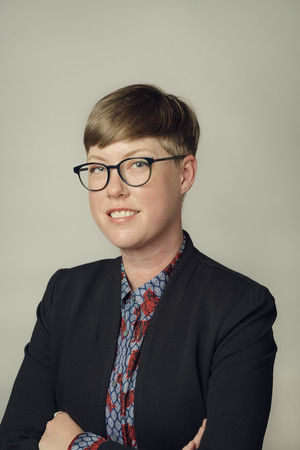 Burt previously served as senior manager and then director of marketing at Crunchyroll. She supported the growth of the company’s e-commerce and also grew the global presence of the Crunchyroll Anime Awards.

Joanne Waage, who was previously a general manager at Crunchyroll, will advise Parcell and Burt.

TOHO is producing a new work in the Godzilla franchise, with Takashi Yamazaki as the director and writer, and also credited for visual effects. The new work will debut on November 3, 2023 (“Godzilla Day”).

TOHO‘s latest Japanese live-action installment in its iconic and long-running franchise is Hideaki Anno‘s Shin Godzilla, which opened in 2016 and earned 8.2 billion yen (US$75.6 million) at the box office in Japan after opening in Japan in July 2016. The movie was the latest in TOHO‘s film series after a 12-year absence since 2004’s Godzilla: Final Wars. Funimation screened the film in theaters in North America in October 2016.

The Godzilla Singular Point anime series debuted in Japan in March 2021. Every episode premiered on Netflix in Japan first before its television broadcast. Netflix debuted the anime outside of Japan in June 2021. Netflix previously debuted a Godzilla anime film trilogy between November 2017 and November 2018.